Surge Current and Steady Current in your RV, know the difference.

So, what is going on?

OK, There you are, sitting in your Camper, and all of a sudden everything electrical quits working. The first thing you do is Yell at the Wife or Kids, and ask them what did they just do to cause the Electric to die.

They, of course deny everything, so you walk around your camper to your CG Electrical Hookup, and you see that your power cable is connected OK, and the Campground breaker is not kicked.

What did you just learn? The problem is in your own Rig, and not with the Campground Electrical System. As you straighten up, you think to yourself, Let the Games Begin!

Normally, when an electrical appliance is running normally, it draws a steady level of current. The thing you need to remember is that ,sometimes under certain conditions, they can draw 2 or 3 times as much current for a short period of time, usually when it starts up or cycles and this is called Surge Current.

For instance a Roof Air Conditioner unit might draw 3-5 Amps when running, but when it is turned on, or the compressor cycles, the Surge Current can be as high as 13-15-Amps.

If you take a shower, all that water you used must be replaced and heated to temperature before the element turns off.

In fact, one of the major culprits in a Camper is the Coffee Pot. It draws several Amps when started up (remember, it is boiling water, and doing it pretty fast) and then it drops back and just keeps the Pot warm, but even in this mode it pulls a steady couple of Amps, depending on the type of pot.

Other Current pigs in your RV could include such things as; Hair Dryers, Curling Irons, and Toasters, among many other of your handy electrical devices. Then there are your relatively Low-current drawing devices that together can stack up on you such as; Cell Phone Chargers, PC’s, Music Players, and on and on.

And remember a Convection Microwave oven, operates quite efficiently as a microwave heater, but it can also operate as a regular oven with a Convection heater/blower system which re-circulated the air in the oven past a heating element and back over the food, allowing you to bake similar to your electric oven at home.

In this mode it really draws a lot more current than in the Microwave mode of operation.

What happens is that you will get a certain Current Stack-up in your RV, when everything is running normally, and then at certain times of the day (mornings and Dinner Time usually), you will experience problems with your Camper’s breakers kicking out on you.

You are sitting there in your RV, it’s around 5PM, you have just taken a shower, and have settled down in front of the TV to catch the end of that ball game you wanted to see.

Your wife looks at you and senses no serious grill work is going to happen this day, so she says she is going to warm up the left-over Pizza in your Fridge for dinner.

You think to yourself, Man… Life is good on the road.

Then all of a sudden, the AC units both quit, the TV’s die, and you wife turns to you and says that the Convection Microwave is not heating. You have just experienced one of the many cases of “PEAK SURGE CURRENT”.

If you exceed this limit, the exterior Campsite Breakers will kick out, but more than likely, your RV breakers are designed for lower levels of current and they kick out first.

And, you have just had a Peak Current stack-up for a short period of time, that in total was enough to shut your Power system down, or at least part of it.

Let me explain another way. For instance your roof AC units were on. You had just taken a shower, and your Hot Water Heater was probably drawing peak current re-heating the fresh water in it’s tank.

Your TV, Satellite System, Voltage Converter System (which powers your DC lights, the Fridge and other DC accessories), all are drawing a steady current of several Amps. Normally, you have plenty of excess capacity, but when the Convection Oven was turned ON, it started drawing a high current, and at the same time the AC units cycled. And because of this, momentarily, your total surge current exceeded your breakers capability.

That is how Surge Current can affect you in your RV.

Now, it is not that hard to find a kicked Breaker, and reset it, But there are several lessons to be learned here.

One, accept it, over time you have built up a collection of too much Electrical Stuff in your Camper, and need to take a serious look at what is drawing current, and can any of it be replaced with newer, more efficient stuff. Or can I do something else?

I know, you love that old Stereo, and your old Tube-type TV that came in the RV still works great, and your Mom gave you that old Coffee Pot ten years ago, and your wife Blow-dries her hair every morning with that old 1500-watt dryer and has no plans to change, and you love home-made waffles for breakfast, and on, and on, and on.

Two, have you taken a good look at your major appliances like the Fridge, Microwave, TV’s, and Air Conditioners, etc. When was the last time they were serviced is one question you must ask yourself, Often, if serviced properly, many of these will not only operaqte better, but often will draw less current.

Another question for you is; If this appliance died, would I spend the money to fix it, or go ahead and replace it? This can help give you a good perspective on going ahead and spending money on a new one. Invariably, the new units will be much more efficient than the older ones.

Third, you and the Family must work together and plan when to do certain things throughout the day and spread out the times when you are getting these Current Surge situations.

Some good things for you to try each day to avoid kicking your breakers are;

1- Plan your Hot Water usage during the day so the How Water Heater is used at non-peak times, or if you have a dual heating water heater, most RV manufacturers suggest that you turn on your Propane Water heating system about 5-minutes before you need Hot Water.

Oh, and when you do not need Hot Water, Turn the darn system OFF, you’re just wasting energy, and bringing your How Water systems closer to their End Of Life (ie. EOL).

2- Make your Coffee the first thing in the morning, so that the Pot will only be keeping the Coffee warm during breakfast preparation.

And don’t wait for the Automatic TURN-OFF to happen as with most Coffee Pots. Turn the Darn thing OFF, when done. The Wife and I, in our older Rigs, poured the Pot, when done, into a large Thermos, and drank the still Hot Coffee for hours later. We also use the Thermos when on the Road.

3-Make your Toast or Muffins, before firing up the Convection Oven or Electric Frying Pan to prepare the meal itself.

Remember in the Old Days, you went to GrandMa’s house for dinner and she had hot biscuits and buns wrapped in a Towel in a basket. Take the Hint, make the Bread and keep it warm the old-fashioned way. It will not kill you to eat bread that does not put blisters on your tongue.

4- Buy lower wattage Blow-Dryers and Curling Irons, and other small appliances, and if you must keep using them wait until mid-morning or mid-afternoon.

5- And, the best tip of all; if the Campground has Bathrooms with showers, sinks and power receptacles; and of course, if they are clean, utilize these instead of the camper’s whenever possible.

6- Charge your Cell Phones, 2-Way Radios, and other small battery powered devices at night, which is a low current usage part of the day, and keep them off of the chargers during the day.

7- These and other such ideas can help you run without kicked breakers.

NOTE: You also need to realize that your RV Breakers, including your Ground-Fault Breakers, are initially designed to kick OFF at a certain level of Current.

So, if you continue to load these breakers at or near their limits, you will just be compounding your problem over time.

Copyright, Don Bobbitt, 2015, All Rights Reserved  You are free to share this article with your friends, but if you wish to use it commercially, you must have the authors permission, in writing. 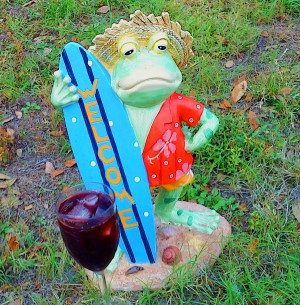 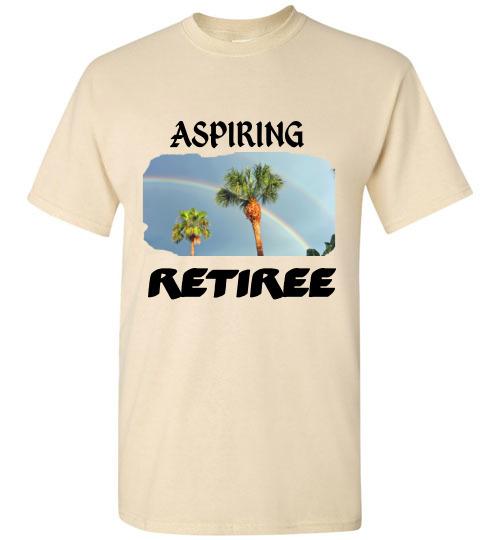 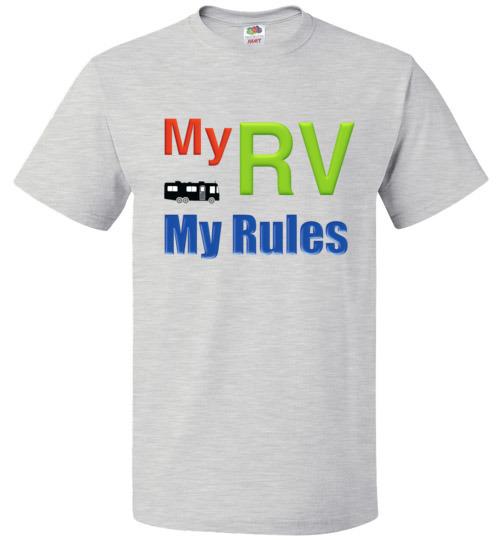 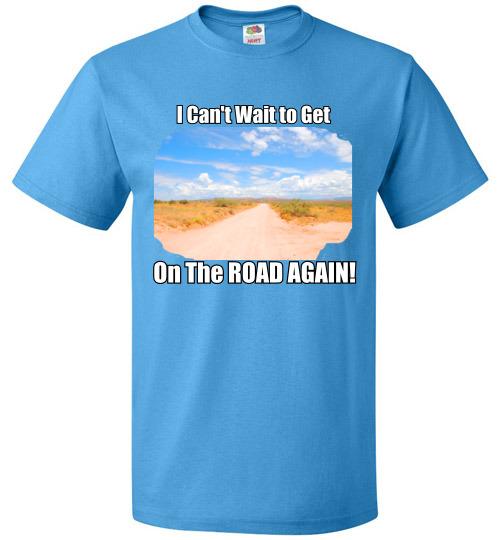 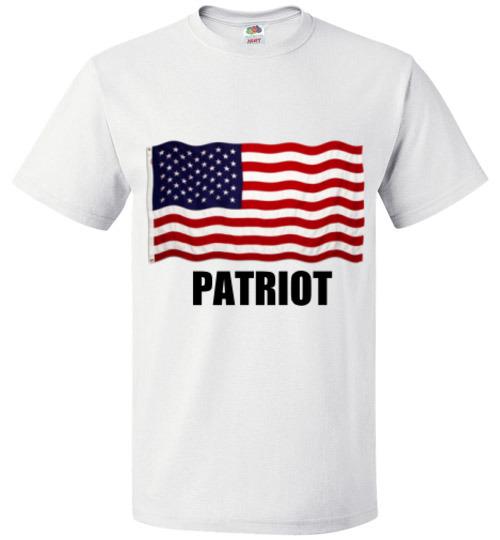 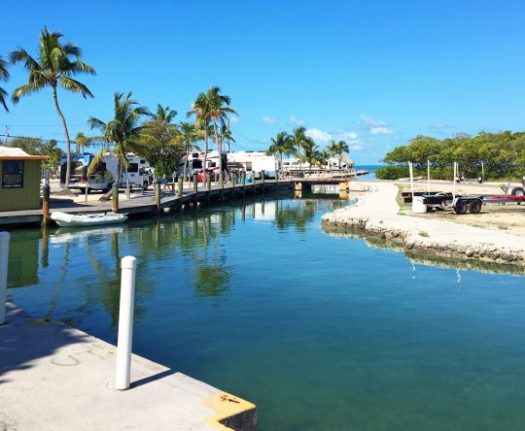 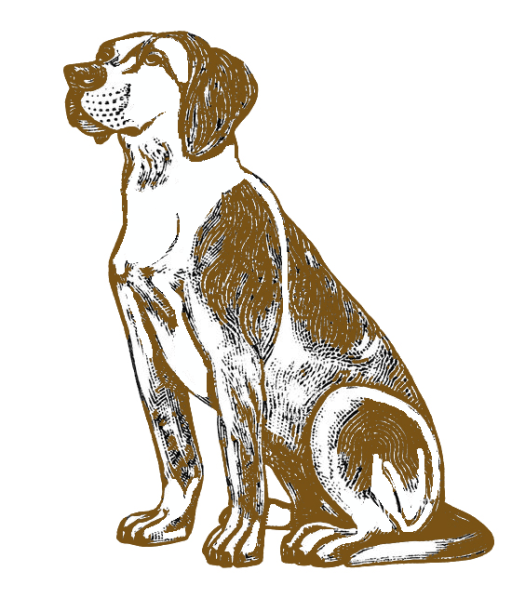 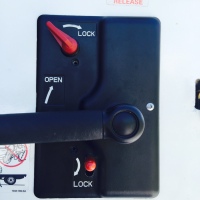 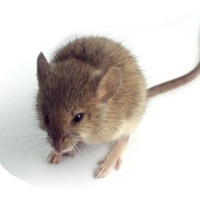 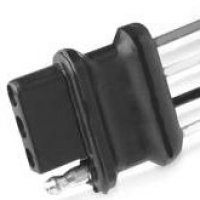 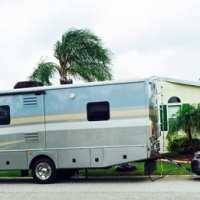 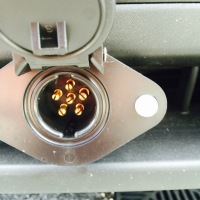 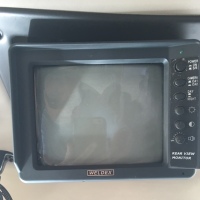